Many are now heading to Texas, the United States, which is fast becoming the crypto capital of the world.

When China announced a crackdown on crypto mining and bitcoin trading in May, Kevin Pan, CEO of Chinese cryptocurrency mining company Poolin, took a flight the next day to leave the country.

Based in Hong Kong, Poolin is the second-largest bitcoin mining network in the world, with most of its operations in China. The country was home to around 70% of the world’s bitcoin mining power until the crackdown sent the price of bitcoin plummeting and caught miners off guard.

Now China’s “bitcoin refugees” are struggling to urgently find a new home, be it in neighboring Kazakhstan, Russia, or North America; because for bitcoin miners, time is money.

“We had to find a new location for the (bitcoin miners) machines,” says Poolin Vice President Alejandro De La Torre. “Every minute the machine is off, it doesn’t make money.”

In what some are calling “the great mining migration, “ Poolin executives are among the many bitcoin miners who have recently landed in a reputed place like America’s Wild West: Austin, Texas.

Bitcoin is a digital currency without physical form. They exist and are exchanged only online.

They are created when a computer “extracts” money by solving a set of complex mathematical programs, and this is how the bitcoin “miners” who run the computers earn the currency.

Being a new form of money that transcends national borders, it also creates a lot of confusion and the potential to conflict with government rules.

A new frontier for bitcoin mining

Days after his arrival, they gave him an AR-15 rifle; and he says he could use it one day to hunt pigs from a helicopter.

While Texas shooting ranges and barbecues provide an entertaining welcome, legal protection for businesses is the biggest draw for bitcoin miners.

“What happened to us in China will not happen in the US,” says De La Torre.

Texas Governor Greg Abbott has been a supporter of cryptocurrency.

“It’s happening! Texas will be the leader in cryptocurrencies,” he posted on Twitter in June.

In the same month, Texas became the second US state after Wyoming to recognize blockchain and cryptocurrencies in its trade law, paving the way for businesses to operate in the state.

Many Chinese mining companies have sought stability and opportunity in Texas.

Shenzhen-based Bit Mining has planned to invest $ 26 million to build a data center in the state; while Bitman, in Beijing, is expanding its facilities in Rockdale, Texas.

This small town of about 5,600 residents was once home to one of the largest aluminum plants in the world. And now it’s emerging as the next global bitcoin mining hub.

There could be another underlying connection between the industry and Texas, as De La Torre says that bitcoin miners and Texans share the same values.

Experts believe that China’s crackdown on bitcoins was motivated by greater control over financial markets. And it can become a blessing to America.

“Migration benefits the US in terms of acquiring talent and fostering the innovation ecosystem,” says Kevin Desouza, a business professor at the Queensland University of Technology who has researched digital currency policy in China.

In exchange, bitcoin miners gain access to a thriving and innovative community, as well as more diverse sources of capital, according to Desouza.

Aside from a stable regulatory environment, the energy-hungry industry is on the hunt for cheap electricity in Texas.

Texas has some of the cheapest energy prices d the world because of its deregulated electricity grid.

During power demand spikes, bitcoin farms can even sell unused power to the grid.

Although El Salvador is about to become the first country to adopt bitcoin as a national currency, bitcoin miners prefer the US because of its well-developed electrical infrastructure, says De La Torre.

But some analysts warn that the “great mining migration” could have serious repercussions, as cities and towns would struggle to meet the enormous energy demand.

In February, blackouts that followed a deadly snowstorm left millions of Texas homes and businesses without power for days. More than 200 people died.

During the power outage, bitcoin farms were compensated to remain offline.

Scrutiny of Chinese companies in the US may also draw more attention to these newcomers from mining.

The new law was reportedly prompted by a Chinese billionaire’s plan to build a wind farm in southwest Texas. But critics allege that the project could be used to hack into the state’s power grid and gather intelligence from a nearby US military base.

Professor Desouza says that while access to power grids is unlikely to be a problem for bitcoin miners in the short term, political risk will continue to evolve.

However, bitcoin miners are missing something in China: cheap labor and fast construction. According to Pan, while a new bitcoin farm takes up to five months to build in China, in Texas it could take up to 18 months.

Global shipping prices also skyrocketed during the pandemic, making it significantly more expensive to ship mining machines from China to the US.

Despite costly and time-consuming efforts, Pan says his company is committed to establishing itself in Texas.”It is a free land, and a lot of the bitcoins are here,” he says. “So we felt: ‘Wow, family reunion.’

Why the dollar has risen so much in Latin America 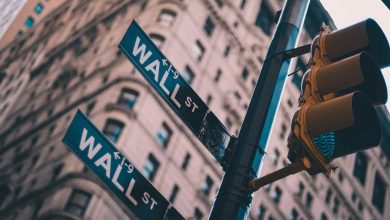 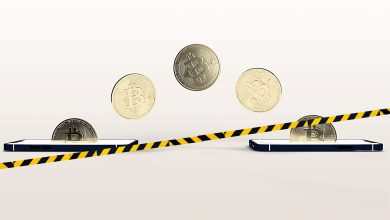 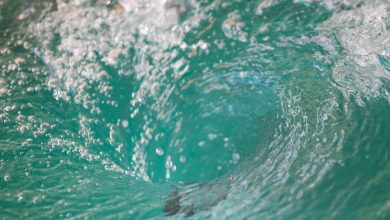