If the Federal Reserve’s forecast comes true, which anticipates economic growth of 5.9% for this year, it would be the highest since 1984.

However, although the economic take-off is advancing, the way is not clear.

Inflation has reached its highest point in 13 years, there are shortages of some products due to problems in global supply chains, and fewer people are willing to enter the workforce.

This scenario occurs while the delta variant of the coronavirus has continued to spread strongly, despite the extensive vaccination program that exists in the country.

More than 700,000 people have lost their lives during the pandemic. Most of those who have died in recent months had not been vaccinated.

“The first great economic challenge is to control the pandemic. And for that, we have to get as many people as possible vaccinated,” says David Wilcox, a researcher at the Peterson Institute for International Economics (PIIE) think tank in Washington DC.

“If we leave behind the fears caused by the virus, many of the other economic problems will be solved,” he argues in dialogue with BBC Mundo.

These are some of the biggest challenges facing the US economy right now in fueling the recovery.

One of the great economic debates that exist these days in the United States is that of inflation.

The latest data available indicates that in September prices climbed at an annual rate of 5.4%, the highest in more than a decade.

Until now, the Federal Reserve (Fed) has insisted that high inflation is a transitory phenomenon, but other economists believe it could be a long-term problem.

The Fed has indicated that it could begin to decrease its monetary stimulus towards the end of this year, probably by slowing down bond purchases first and later by raising interest rates, which are currently practically at zero.

In the political backroom, opponents of the Joe Biden government’s economic agenda have used rising inflation as one of the arguments for calling their plans to expand fiscal spending excessively.

People are feeling in their pockets the increase in the cost of food, housing, and gasoline, among others.

And concerns about rising rent and home prices have become a litmus test to help predict whether inflation will hold even after the pandemic is over.

So complicated are the problems in product supply chains globally, that a few days ago President Biden announced that the Port of Los Angeles will begin to “operate 24 hours a day, seven days a week” as a way of facilitating the flow of goods.

The consensus among experts in the field is that the so-called “container crisis” will not be fully resolved until sometime next year. The most pessimistic believe that it could extend even until the beginning of 2023.

But the most optimistic believe that the delay in the arrival and distribution of products in the country’s ports is a sign that the economic recovery is gaining strength.

“The collapse of the pandemic caused a great change in demand, from the consumption of services to that of physical products, ” explains Wilcox.

In a short space of time, the supply chain was overwhelmed because people wanted to buy things rather than spend on travel, restaurants, or other types of services.

That demand for consumer products caused shortages in inventories and suddenly shipping and ports, add the economist, were not able to handle that increase in volume.

What is worrying is that rising inflation, difficulties in the labor market, and shortages of some products, “are intertwined problems,” says Wilcox.

The labor market is another challenge facing the economy. Americans are quitting their jobs at a record rate that reached 4.3 million people in August, nearly 3% of the workforce.

It is a phenomenon known as “the great resignation”, another of the economic consequences left by the pandemic.

And although the abandonment of jobs is taking place at different levels, where it has become more evident is in those jobs with the lowest salaries and in which people are more exposed to being infected.

The most typical example is that of fast-food chains. One of them, Pollo Tropical, from Florida, offered a bonus of US $ 500 to new employees, regardless of salary.

Even large chains such as Walmart or Target, offered, in addition to a salary increase and incentives such as the payment of higher studies in certain educational centers.

The record of people quitting their jobs suggests that wages will rise at an annual rate of between 4% and 4.5%, wrote Michael Pearce, an economist at the analysis firm Capital Economics in the United States.

If labor force growth remains slow, he warned, it can contribute to rising inflation, or even become “a lasting drag on economic activity.”

The truth is that the job market has become an enigma.

“Many workers are unwilling to return to the workforce, particularly if the workplace requires close contact with clients or colleagues,” Wilcox explains.

And that happens even though wages are growing.

From their perspective, getting the pandemic under control will make workers more willing to return to their jobs.

Why the dollar has risen so much in Latin America 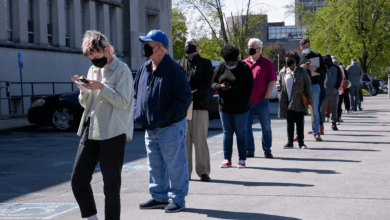 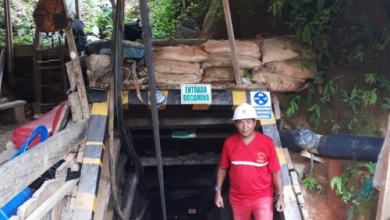